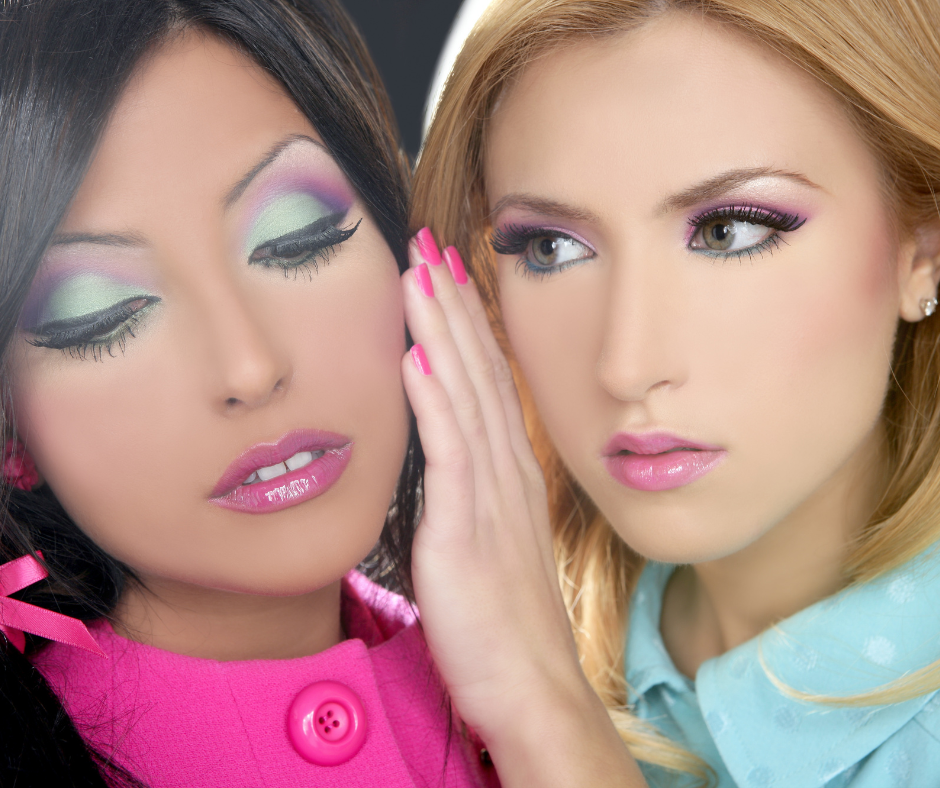 Books were written and home parties were hosted on this color coding technique. It was unique in that when a person thought they knew what “season” they were under, some people on a few occasion were surprised to find themselves under another “season”. It was assumed that people of an Ethnic background would automatically be classified as “winters“, but some Caucasian people quite often fell under this category as well. To give a general idea how this all worked, the season “winter” will be used in the following examples and suggestions.

Lipsticks were to be chosen in the cool shades particularly in rose tones. Examples of cool lipstick shades were pinks, plums, burgundies, (the plums and burgundies can also be brownish) blue-reds and clear reds. The reds could be used as a base for the other colors. If any of the lipstick colors turned blue; it was suggested to try a frosted lipstick. A lipstick brush or pencil was to be used to outline the lips. When buying a lipstick brush, one that a sable tip was suggested.

Here are some tips on how to put on eye shadows. Apply first to the under brow a highlighter color like a light neutral color. Apply from the brow to the lid. Examples of highlighter colors to be used on the under brow were pale taupe or gray. Next, apply a second color to the orbital bone like a dark or medium neutral. These colors can be brought halfway to the lid. Examples of colors to be used on the orbital bone were smoked plum, gray, or smoked navy.

Apply a third color to the lid. These colors could be the same color as your eyes or a complimentary neutral. Examples of colors to be used on the lid were mushroom, taupe, mauve, cocoa, plum, grayed brown, smoked mauve, or navy.

When it came to picking a mascara only people categorized as “winters”, with extremely dark eyes, were to wear black. Other “winters” would wear brown-black or brown according to the depth of their coloring. If eyeliner was used, a person was to use only a touch of crayon on the outer third of the upper lid.

People categorized as “winters” were given guidelines when it came to hair coloring. “Winters” were to never to frost their hair, bleach their hair, or add red. If they used henna on their hair, it was to be natural or black. Hair colors they could dye their hair with were ash brown or blue-black.

Suggestions were given on what “winters” could wear when it came to their clothes. “Winters” were to start their basic wardrobe with neutral and basic colors. White, black, navy and taupe were the neutral colors that could be used for skirts, pants, shoes and handbags. Burgundy, blue-red, true red, true blue, true green, emerald green and pine green were the basic colors that could be used for coats, suits, blazers and basic dresses. Accessories for “winters” were to be silver, platinum, or white gold. “Winters” were to pick perfumes and/or colognes with spicy scents.

“Winters” were also given guidelines on which seasons to wear their colored clothes especially for them. For example, when it came to wintertime, “winters” were to wear black jackets, gray skirts, black pants, red dresses and magenta sweaters. Colors for casual blouses could be icy gray, purple, white paisley and black paisley. When it came to a dressy blouse, it was to be white. When it came to a cocktail dress, pants, or skirt; it was to be black. Casual pants and skirts were to be navy. A causal top was to be red. Shoes were to be to be black, navy and burgundy. A regular coat was to be black and a trench coat was to be taupe. An evening wrap could be emerald green and made of velvet.

How to Find the Right Blush for Your Skin

How to Apply Makeup for a More Polished Look

No comments to show.